Brianna Madia, in conversation with Steph Jagger--Nowhere For Very Long--ONLINE!

In this beautifully written, vividly detailed memoir, a young woman chronicles her adventures traveling across the deserts of the American West in an orange van named Bertha and reflects on an unconventional approach to life. 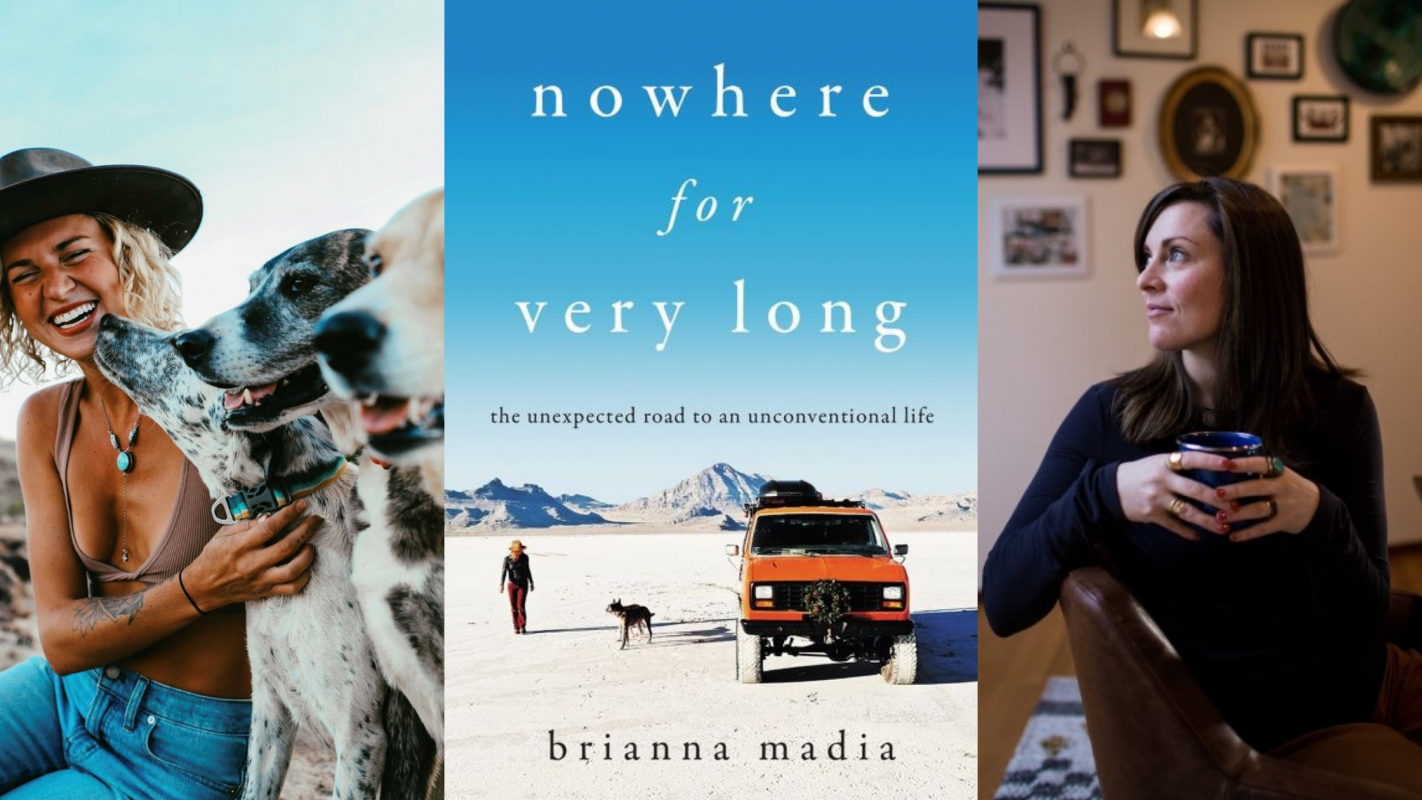 A woman defined by motion, Brianna Madia bought a beat-up bright orange van, filled it with her two dogs Bucket and Dagwood, and headed into the canyons of Utah with her husband. Nowhere for Very Long is her deeply felt, immaculately told story of exploration--of the world outside and the spirit within.

However, pursuing a life of intention isn't always what it seems. In fact, at times it was downright boring, exhausting, and even desperate--when Bertha overheated and she was forced to pull over on a lonely stretch of South Dakota highway; when the weather was bitterly cold and her water jugs froze beneath her as she slept in the parking lot of her office; when she worried about money, her marriage, and the looming question mark of her future. But Brianna was committed to living a life true to herself, come what may, and that made all the difference.

Nowhere for Very Long is the true story of a woman learning and unlearning, from backroads to breakdowns, from married to solo, and finally, from lost to found to lost again . . . this time, on purpose.

Steph Jagger is the best-selling memoirist of Unbound: A Story of Snow & Self-Discovery and Everything Left to Remember. Outside of her work on the page, Steph is a sought-after mentor and coach whose offerings guide people toward a deeper understanding of themselves and their stories. Her work, including speaking and facilitating, lies at the intersection of loss, the nature of deep remembrance, and the personal journey of re-creation. Steph grew up in Vancouver, Canada and currently lives and works on Bainbridge Island, WA.

Nowhere for Very Long: The Unexpected Road to an Unconventional Life (Hardcover)

Everything Left to Remember: My Mother, Our Memories, and a Journey Through the Rocky Mountains (Hardcover)

"This will cast a spell on fans of Cheryl Strayed and Glennon Doyle." - Publishers Weekly

Between Two Kingdoms meets Wild. In this heart wrenching and inspirational memoir a woman and her mother, who is suffering from dementia, embark on a road trip through national parks, revisiting the memories, and the mountains, that made them who they are.

Unbound: A Story of Snow and Self-Discovery (Paperback)

Steph Jagger had always been a force of nature. She grew up emulating the men in her life—chasing success, climbing the corporate ladder, playing by the rules of a masculine ideal—and by all accounts, she was living “the Dream.” But it wasn’t her dream.

Event Summary:
In this beautifully written, vividly detailed memoir, a young woman chronicles her adventures traveling across the deserts of the American West in an orange van named Bertha and reflects on an unconventional approach to life.