Danya Kukafka, in conversation with Paula Hawkins--Notes On An Execution--ONLINE!

This special virtual event is presented by William Morrow Publishing, in partnership with the Norwich Bookstore, Murder By The Book (Houston), The Novel Neighbor (St. Louis), and the Elliott Bay 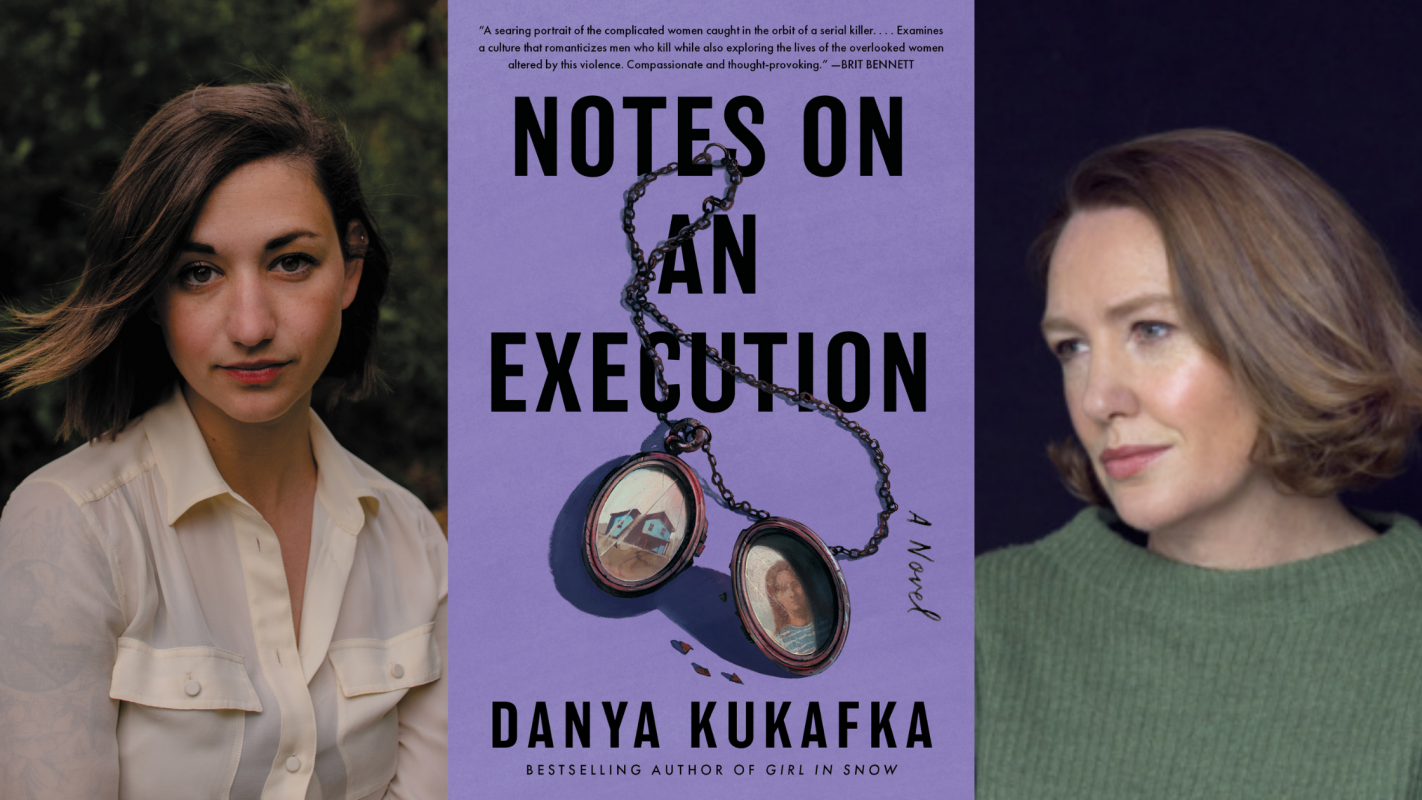 REGISTER FOR THIS VIRTUAL EVENT HERE!

In the tradition of Long Bright River and The Mars Room, a gripping and atmospheric work of literary suspense that deconstructs the story of a serial killer on death row, told primarily through the eyes of the women in his life—from the bestselling author of Girl in Snow.

Ansel Packer is scheduled to die in twelve hours. He knows what he’s done, and now awaits execution, the same chilling fate he forced on those girls, years ago. But Ansel doesn’t want to die; he wants to be celebrated, understood.

Through a kaleidoscope of women—a mother, a sister, a homicide detective—we learn the story of Ansel’s life. We meet his mother, Lavender, a seventeen-year-old girl pushed to desperation; Hazel, twin sister to Ansel’s wife, inseparable since birth, forced to watch helplessly as her sister’s relationship threatens to devour them all; and finally, Saffy, the detective hot on his trail, who has devoted herself to bringing bad men to justice but struggles to see her own life clearly. As the clock ticks down, these three women sift through the choices that culminate in tragedy, exploring the rippling fissures that such destruction inevitably leaves in its wake.

Blending breathtaking suspense with astonishing empathy, Notes on an Execution presents a chilling portrait of womanhood as it simultaneously unravels the familiar narrative of the American serial killer, interrogating our system of justice and our cultural obsession with crime stories, asking readers to consider the false promise of looking for meaning in the psyches of violent men.

Danya Kukafka is the internationally bestselling author of Girl in Snow. She is a graduate of New York University's Gallatin School of Individualized Study. She works as a literary agent.

Paula Hawkins is the author of the #1 New York Times-bestselling novels Into the Water and The Girl on the Train. An international #1 bestseller, The Girl on the Train has sold 23 million copies worldwide and has been adapted into a major motion picture. Hawkins was born in Zimbabwe and now lives in London.

Event Summary:
In the tradition of Long Bright River and The Mars Room, a gripping and atmospheric work of literary suspense that deconstructs the story of a serial killer on death row, told primarily through the eyes of the women in his life.