A powerful exploration of the past and present arc of America's white supremacy--from the country's inception and Revolutionary years to its 19th century flashpoint of civil war; to the Civil Rights movement of the 1960s and today's Black Lives Matter.

"Stunning, timely ... an achievement in writing public history ... Teaching White Supremacy should be read widely in our roiling debate over how to teach about race and slavery in classrooms. --David W. Blight, Sterling Professor of American History, Yale University; author of the Pulitzer-prize-winning Frederick Douglass: Prophet of Freedom 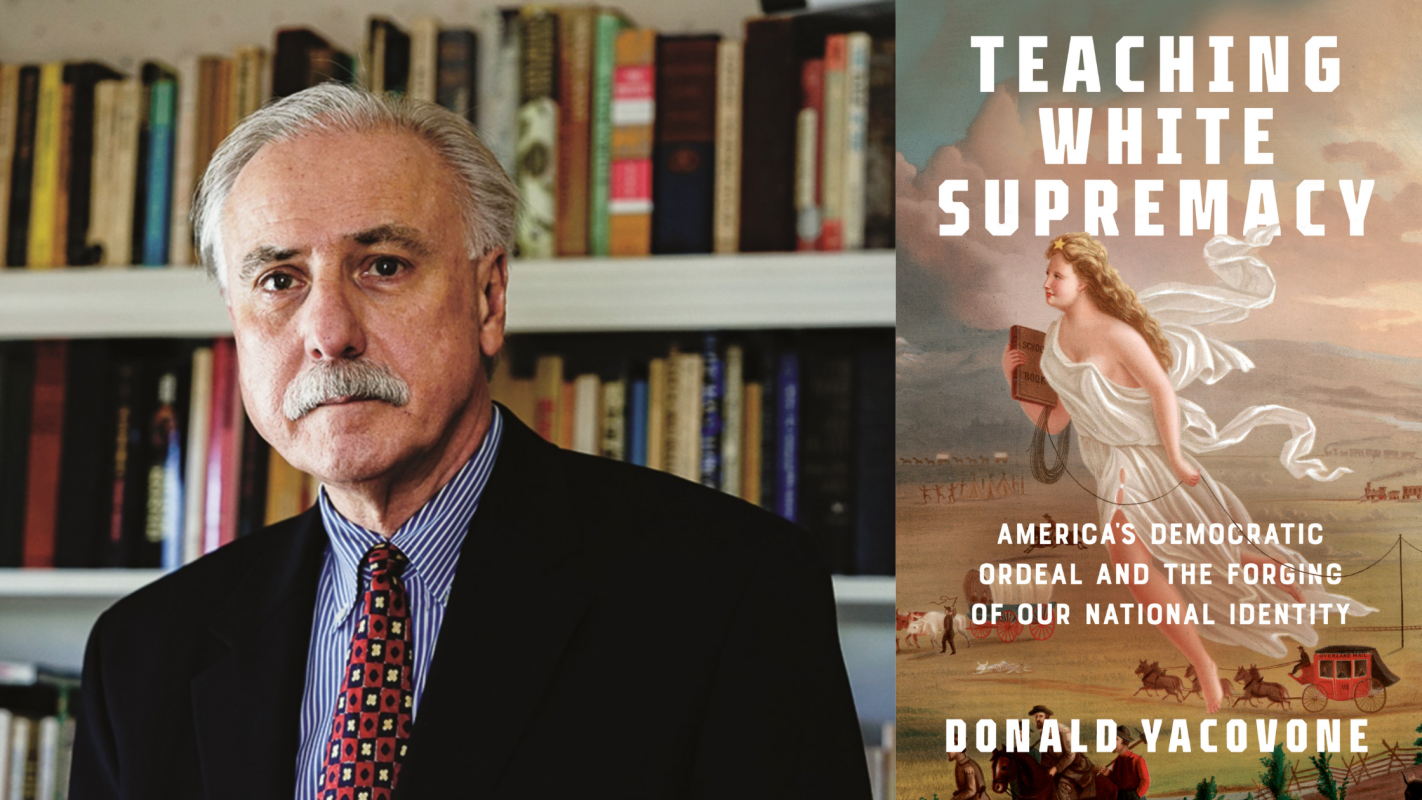 In Teaching White Supremacy, Donald Yacovone shows us the clear and damning evidence of white supremacy's deep-seated roots in our nation's education system in a fascinating, in-depth examination of America's wide assortment of texts, from primary readers to college textbooks and other higher-ed course materials. Sifting through a wealth of materials, from the colonial era to today, Yacovone reveals the systematic ways in which white supremacist ideology has infiltrated American culture and how it has been at the heart of our collective national identity.

And, the author argues that it is the North, not the South, that bears the greater responsibility for creating the dominant strain of race theory, inculcated throughout the culture and in school textbooks, that restricted and repressed African Americans and other minorities, even as Northerners blamed the South for its legacy of slavery, segregation and racial injustice.

DONALD YACOVONE's Teaching White Supremacy: America's Democratic Ordeal and the Forging of Our National Identity is his ninth book. Yacovone is the lifetime Associate at Harvard University's Hutchins Center for African and African American Research. His book, The African Americans: Many Rivers to Cross, co-written with Henry Louis Gates, Jr., won the 2014 NAACP Image Award. He is the recipient of the W.E.B. Du Bois medal, Harvard's highest honor in the field of African American studies. Yacovone earned a Ph.D. at the Claremont Graduate University and has taught at several colleges and universities. He helped edit the Black Abolitionist Papers, and before becoming the Manager of Research and Program Development at the Hutchins Center, Yacovone was the Senior Associate Editor of Publications at the Massachusetts Historical Society, where he founded and edited the Massachusetts Historical Review. He has written widely on abolitionism, gender, the African American role in the Civil War, white supremacy, and American cultural history.

A powerful exploration of the past and present arc of America’s white supremacy—from the country’s inception and Revolutionary years to its 19th century flashpoint of civil war; to the Civil Rights movement of the 1960s and today’s Black Lives Matter.