Join us, in partnership with the Dartmouth English and Creative Writing Department, for this latest installment in the Cleopatra Mathis Poetry & Prose Series! This event will be held at Sanborn Library on the Dartmouth College Campus. 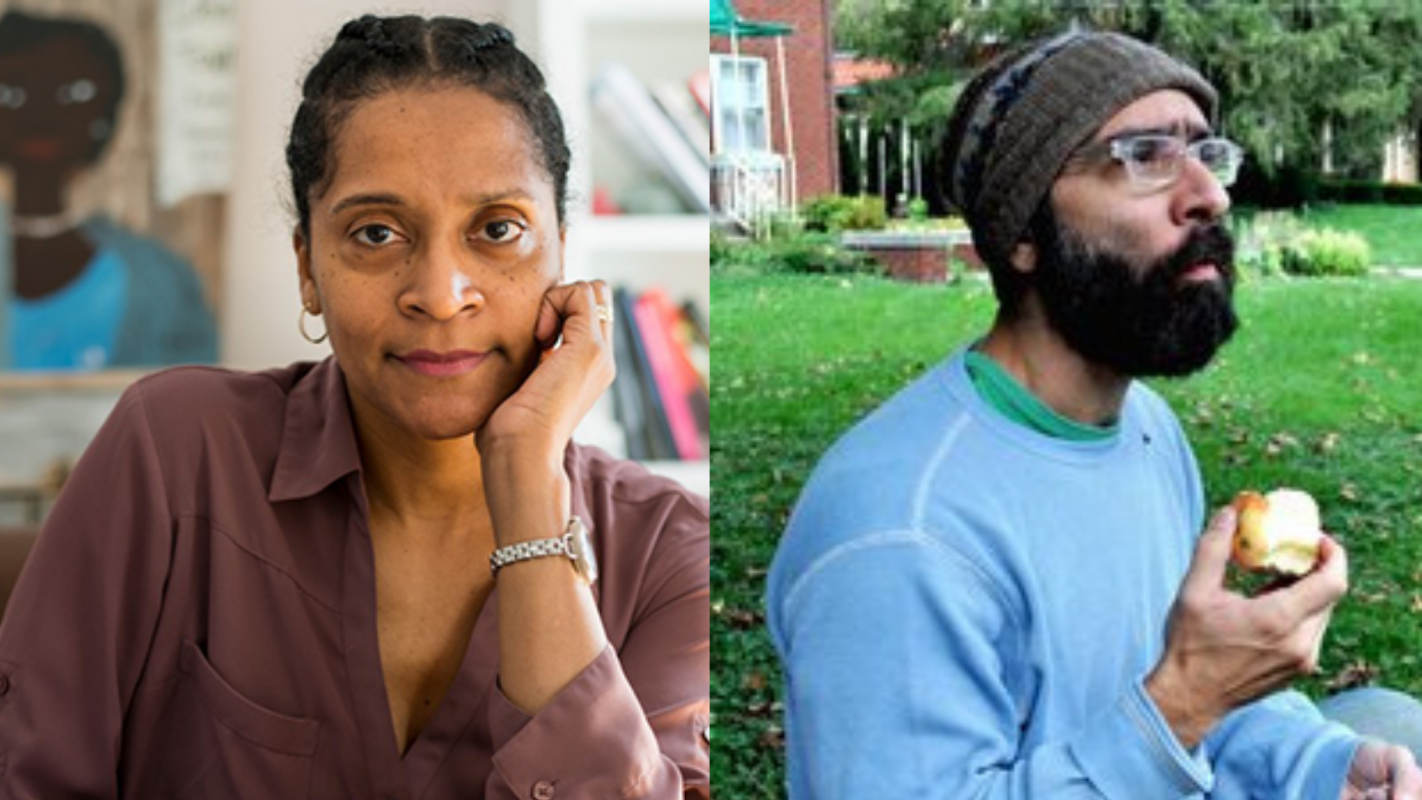 The English and Creative Writing Department invites you to the Cleopatra Mathis Poetry and Prose Series on Thursday, May 19, 2022, with readings from Emily Bernard and Nicholas Regiacorte. The event will start at 6:30pm in Sanborn Library (view on campus map). Email english.department@dartmouth.edu with questions or access needs.

Emily Bernard was born and grew up in Nashville, Tennessee, and received her PhD in American studies from Yale University. She has been the recipient of grants from the Ford Foundation, the NEH, and a W. E. B. Du Bois Resident Fellowship at Harvard University. Her essays have been published in journals and anthologies, among them The American Scholar, Best American Essays, and Best African American Essays. She is the Julian Lindsay Green and Gold Professor of English at the University of Vermont.

Nicholas Regiacorte was born and raised in southern Maine. Since that time, he's lived in Florida, gone to college in Virginia, worked on roofing crews, worked in a deli, and earned his MFA in poetry from the University of Iowa. He's had the good fortune to live in Italy, once on a Fulbright year in Campania, the second time as a Visiting Professor in Florence. His poems have appeared in 14 Hills, Copper Nickel, New American Writing, Descant, Bennington Review, and elsewhere. He currently teaches at Knox College, in Galesburg, Illinois, where he lives with wife and two little boys.

“Blackness is an art, not a science. It is a paradox: intangible and visceral; a situation and a story. It is the thread that connects these essays, but its significance as an experience emerges randomly, unpredictably. . . . Race is the story of my life, and therefore black is the body of this book.”

American Massif follows the first stages of one American Mastodon in his attempts to evolve. His life begins to resemble a human life. His mother appears human. His wife and children, human. His own birthplace and childhood. His appetites, sins, faith, cynicism, big plans. All apparently human.

Event Summary:
Join us, in partnership with the Dartmouth English and Creative Writing Department, for this latest installment in the Cleopatra Mathis Poetry & Prose Series! This event will be held at Sanborn Library on the Dartmouth College Campus.