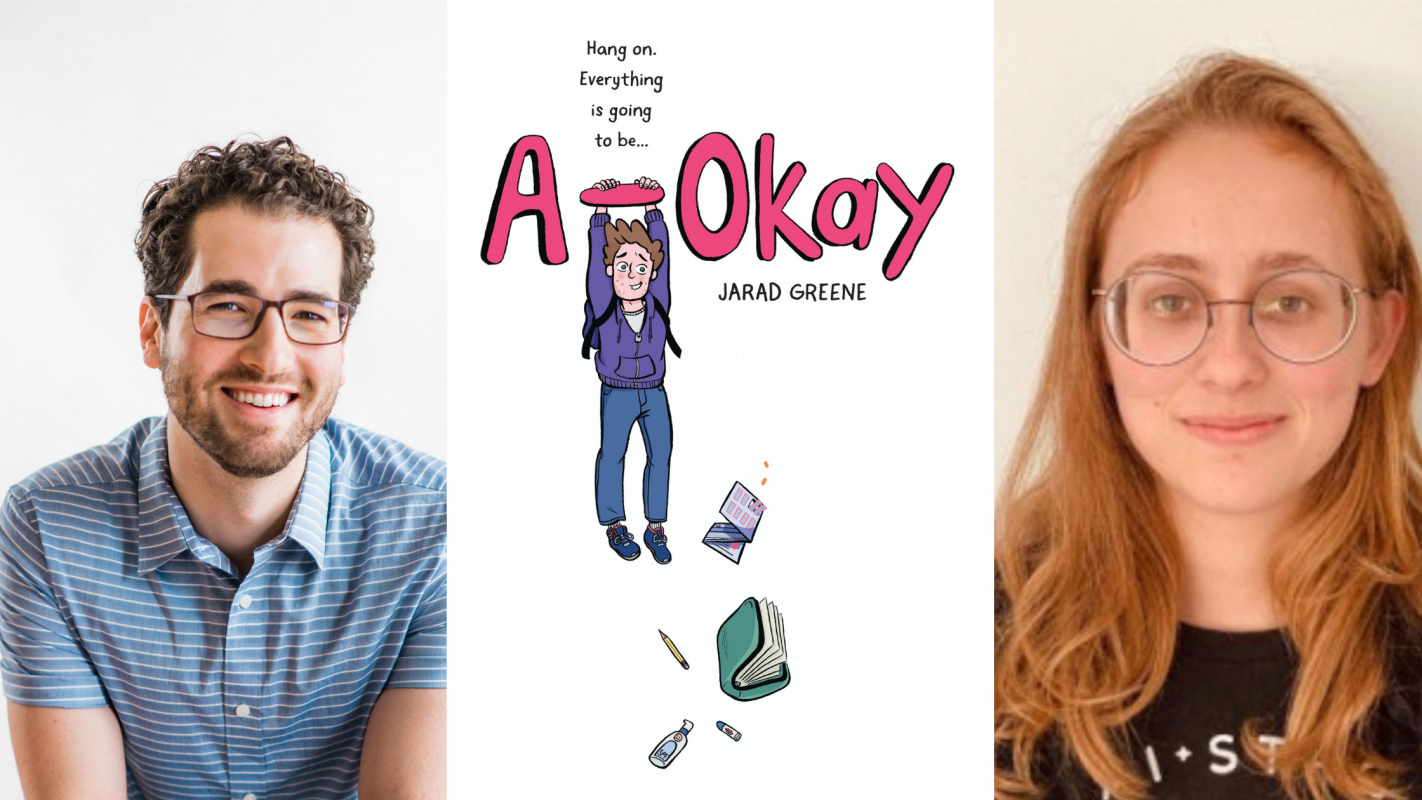 When Jay starts eighth grade with a few pimples he doesn’t think much of it at first…except to wonder if the embarrassing acne will disappear as quickly as it arrived. But when his acne goes from bad to worse, Jay’s prescribed a powerful medication that comes with some serious side effects. Regardless, he’s convinced it’ll all be worth it if clear skin is on the horizon!

Meanwhile, school isn’t going exactly as planned. All of Jay’s friends are in different classes; he has no one to sit with at lunch; his best friend, Brace, is avoiding him; and—to top it off—Jay doesn’t understand why he doesn’t share the same feelings two of his fellow classmates, a boy named Mark and a girl named Amy, have for him.

Eighth grade can be tough, but Jay has to believe everything’s going to be a-okay…right?

Jarad Greene is a cartoonist originally from Lutz, Florida, who now lives in the curious village of White River Junction, Vermont. In addition to his own comics, Jarad works on staff at the Center for Cartoon Studies and has helped color many graphic novels for younger readers. He is also the author and illustrator of the graphic novel Scullion: A Dishwasher’s Guide to Mistaken Identity. Find him online at www.jaradgreene.com.

Tillie Walden is a cartoonist and illustrator from Austin, Tx. She first published 3 original graphic novels with Avery Hill Publishing before going on to create her Eisner Award winning graphic memoir Spinning. After Spinning, she created On A Sunbeam which was originally published as a webcomic. Her latest graphic novel Are You Listening? won the Eisner for Best Graphic Novel in 2020 and her first picture book is due out in 2021. She currently lives in Lebanon in New Hampshire and teaches at the Centre For Cartoon Studies.

Event Summary:
A-Okay by Jarad Greene is a vulnerable and heartfelt semi-autobiographical middle grade graphic novel about acne, identity, and finding your place.

The Norwich Bookstore is locally-owned, community-focused, and proudly independent!