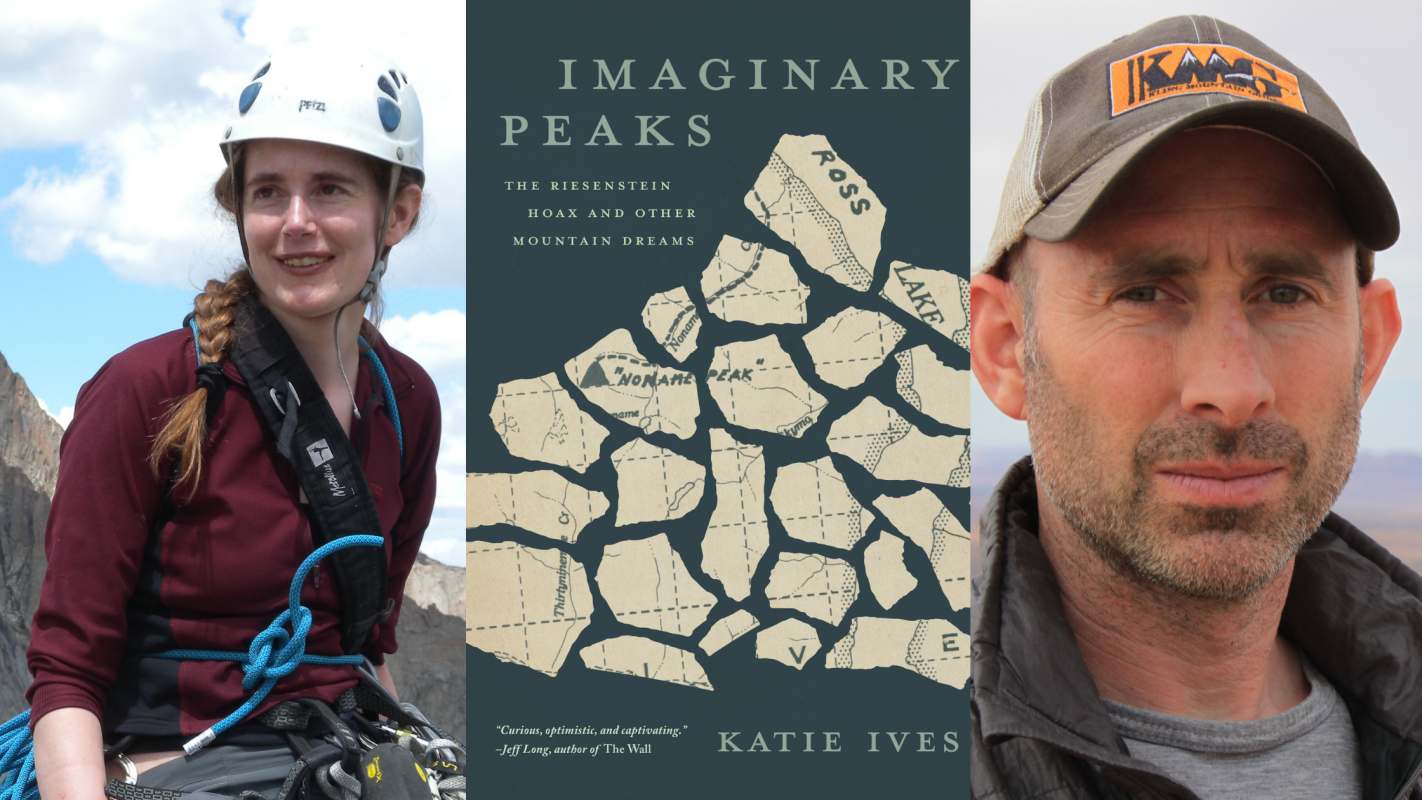 This event is presented in partnership with Alpinist Magazine. Alpinist is an archival-quality, quarterly publication dedicated to the art of ascent in its most powerful manifestations, presenting a vision of climbing and its lifestyle that matches the intensity of the pursuit itself.

In 1962 Summit magazine readers were astonished to see a photo of an allegedly unknown range: the “Riesenstein” peaks of British Columbia. The main summit, the mysterious author claimed, remained tantalizingly unclimbed. The editors printed the article, as if missing the clues that its creators had planted to hint that the story was a hoax. In Imaginary Peaks: The Riesenstein Hoax and Other Mountain Dreams, author Katie Ives explores the richly varied tales behind the Riesenstein, from the long history of climbers’ obsessions with supposed blank spaces on maps to the complex motivations of the men who plotted the hoax—and the collective fascination with wild places and mythic mountains that the Riesenstein reveals.

Katie Ives is editor in chief at Alpinist magazine, and her writing has appeared in numerous publications including The New York Times, Outside, The Rumpus, and Adventure Journal, as well as the anthologies Rock, Paper, Fire: The Best of Mountain and Wilderness Writing and Waymaking: An Anthology of Women’s Adventure Writing, Poetry, and Art. In 2016 she received the H. Adams Carter Literary Award from the American Alpine Club. She has participated in the Banff Mountain and Wilderness Writing Program and served as a judge for the Boardman-Tasker Award, and a jury member, panelist, and panel moderator at the Banff Mountain Book Festival. She lives in Cambridge, Vermont. Imaginary Peaks is her first book.

Sean Prentiss is the award winning author of Finding Abbey: The Search for Edward Abbey and His Hidden Desert Grave, which won the 2015 National Outdoor Book Award, and Crosscut: Poems, a memoir-in-poems about his time as a trail builder in the Pacific Northwest. Sean is the co-editor of The Science of Story: The Brain Behind Creative Nonfiction and co-author of two textbooks, Environmental and Nature Writing: A Writer's Guide and Anthology and  Advanced Creative Nonfiction: A Writer's Guide and Anthology. He is also Backcountry Magazine's poet laureate.

Imaginary Peaks: The Riesenstein Hoax and Other Mountain Dreams (Hardcover)

A book every thoughtful adventurer and seeker of dreams should read. -- Outside

Event Summary:
Katie Ives, Editor-in-Chief of Alpinist, tells the story of a great mountaineering hoax - and the collective fascination with wild places that it reveals.