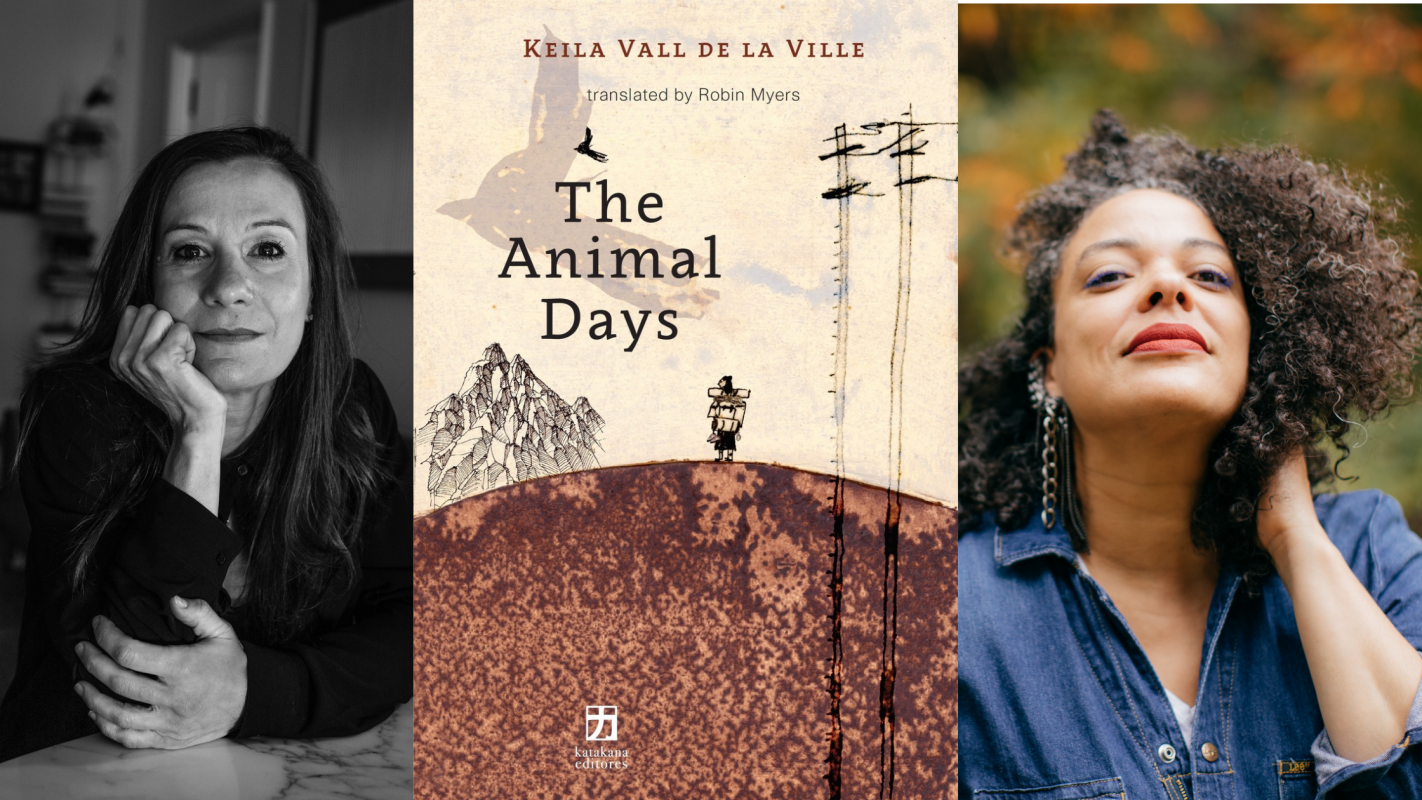 A woman's story of movement as a both a lifestyle and a rite of passage, The Animal Days follows Julia's journey of love and rock-climbing across three continents. In this fast-paced novel, joy is linked to self-destruction, love is inseparable from death, freedom is twinned with unbearable solitude, and life is worth only as much as a given moment. The taste for risk and vertigo never stop: they feed each other as the abyss approaches. Julia, determined to never look back, lives perpetually on the brink, even if it means shedding her own skin in the process.

Keila Vall de la Ville is a New York-based Venezuelan author, mother, and rock climber. Her novel Los días animales received the 2018 International Latino Book Awards and was translated into English as The Animal Days in 2021 by Katakana editores. She is also the author of several short story collections, including Ana no duerme, a finalist for Best Fiction Book in National Short Story Awards Monte Ávila Editores, Venezuela. She has published the poetry book Viaje legado and edited the bilingual anthology Between the Breath and the Abyss: Poetics on Beauty, a compilation of essays and poems by thirty-three contemporary poets. Forthcoming in the spring of 2022 is De cuando Corre Lola Corre dejó sin aire a Murakami. She studied anthropology and political science in Venezuela and has an MFA in creative writing from New York University, and an MA in Hispanic cultural studies from Columbia University.

Kianny N. Antigua is a fiction writer, poet, and translator. She is a senior lecturer of Spanish at Dartmouth College, and an independent translator and adapter for Pepsqually VO Sound & Design, Inc. She has published twenty-two books of children’s literature, four short story collections, two books of poetry, two anthologies, a book of microfiction, a novel, and a journal. She has won sixteen literary awards and many of her texts have been included in anthologies, literary magazines, newspapers and textbooks. Some have been translated into English, French, and Italian. She is the translator (Eng./Spa.) and the audiobook narrator of Dominicana (Seven Stories Press, 2021), by Angie Cruz.