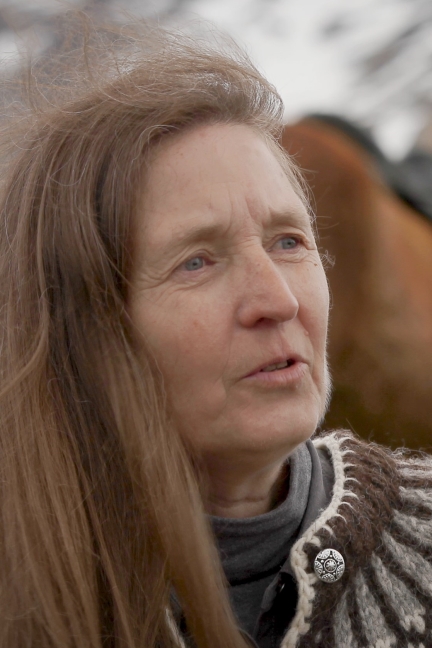 Join us to hear about Nancy Marie Brown's new book, The Real Valyrie: The Hidden History of Viking Warrior Women.

In 2017, DNA tests revealed to the collective shock of many scholars that a Viking warrior in a high-status grave in Birka, Sweden was actually a woman. In The Real Valkyrie, Brown weaves together archaeology, history, and literature to imagine the Birka warrior’s life and times, showing that Viking women had more power and agency than historians have imagined.

Brown uses science to link the Birka warrior, whom she names Hervor, to Viking trading towns and to their great trade route east to Byzantium and beyond. She imagines her life intersecting with larger-than-life but real women, including Queen Gunnhild Mother-of-Kings, the Viking leader known as The Red Girl, and Queen Olga of Kyiv. Hervor’s short, dramatic life shows that much of what we have taken as truth about women in the Viking Age is based not on data, but on nineteenth-century Victorian biases. Rather than holding the household keys, Viking women in history, law, saga, poetry, and myth carry weapons. These women brag, “As heroes we were widely known—with keen spears we cut blood from bone.” In this compelling narrative Brown brings the world of those valkyries and shield-maids to vivid life.

Nancy Marie Brown is the author of highly praised books of nonfiction, including Song of the Vikings and Ivory Vikings. They have been favorably reviewed in The New Yorker, The New York Times, The Economist, The Times Literary Supplement, The Wall Street Journal, and many other publications. Brown has spent decades studying Icelandic literature and culture. She lives on a farm in Vermont, where she keeps four Icelandic horses and an Icelandic sheepdog.

In the tradition of Stacy Schiff’s Cleopatra, Brown lays to rest the hoary myth that Viking society was ruled by men and celebrates the dramatic lives of female Viking warriors