This in store event is free to attend and open to the public, and no pre-registration is required. Please note that, for the safety of our customers, booksellers, and guest authors, face masks are required at Norwich Bookstore events.

The eerie, windswept Hatchet Island off the coast of Maine becomes the site of a double murder and a disappearance in this thriller from bestselling author Paul Doiron. 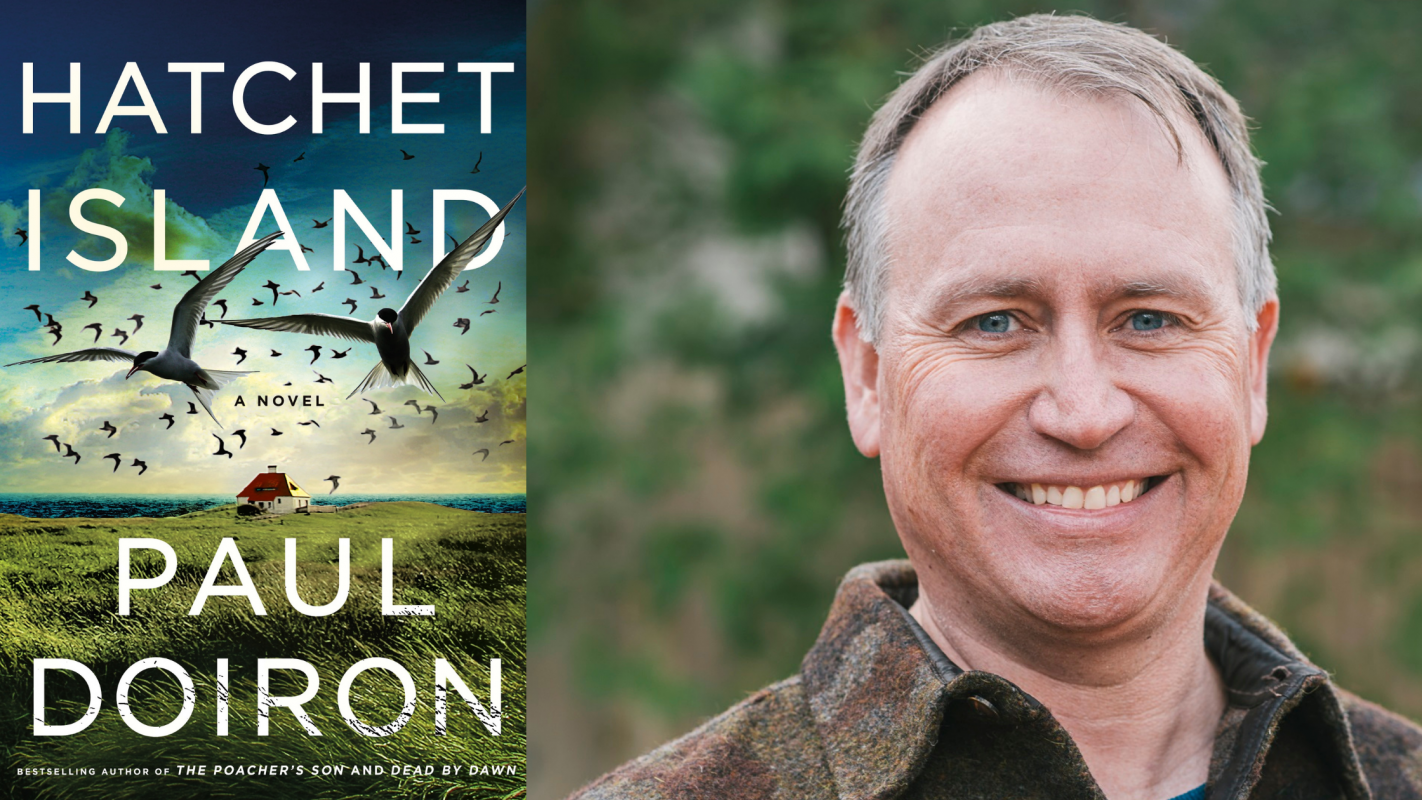 A call for help from a former colleague leads Maine game warden investigator Mike Bowditch and his girlfriend Stacey Stevens on a sea kayaking trip to a research station far off the coast. Stacey spent summers interning on the island, a sanctuary for endangered seabirds, and they are shocked by the atmosphere of tension they encounter when they come ashore. The biologists are being threatened and stalked by a mysterious boatman who they suspect is trespassing on the refuge late at night. And now the sanctuary's enigmatic founder, whose mind has been slowly unraveling, has gone missing.

Camped on an islet for the night, Mike and Stacey waken to the sound of a gunshot. When they return to the refuge at dawn, their darkest fears are confirmed: two of the three researchers have been brutally murdered and the third has disappeared, along with the island skiff. Mike's quest to find the missing man leads to a nearby island owned by a world-renowned photographer and his equally brilliant wife. The inhabitants of this private kingdom quickly close ranks, and Mike increasingly comes to believe that someone in the village knows more about the killings than they dare admit.

With no one to trust and miles from shore, Mike Bowditch must stop a ruthless murderer determined to make sure a terrifying secret never sees the light of day.

Bestselling author Paul Doiron is the former editor in chief of Down East: The Magazine of Maine. A native of Maine, he attended Yale University, where he graduated with a degree in English, and he holds an MFA in creative writing from Emerson College. The Poacher's Son won the Barry award and the Strand award for Best First Novel, and has been nominated for the Edgar, Anthony, and Macavity awards in the same category. As an experienced outdoorsman and naturalist, he is skilled in fishing, hunting, canoeing, and wilderness survival, and knows the secrets of the Maine woods as well as his protagonist, Mike Bowditch. He lives on a trout stream in coastal Maine with his wife, poet Kristen Lindquist.

The eerie, windswept Hatchet Island off the coast of Maine becomes the site of a double murder and a disappearance in this thriller from bestselling author Paul Doiron.

Maine game warden Mike Bowditch finds himself in a life-or-death chase in this next thriller in the bestselling series by Edgar Award nominee Paul Doiron, Dead by Dawn.

The disappearance of Mike Bowditch’s beloved mentor reveals an ominous connection to a 15-year-old cold case in One Last Lie, the new thriller from bestselling Edgar Award finalist Paul Doiron.

Anthony- and Edgar-award nominated author Paul Doiron delivers another "masterpiece of high-octane narrative" (Booklist) with Bad Little Falls, his newest harrowing thriller about the hunt for a murderer at the height of a major snowstorm


Maine game warden Mike Bowditch has been sent into exile,
transferred by his superiors to a remote outpost on the Canadian

In Paul Doiron's riveting follow-up to his Edgar Award–nominated novel, The Poacher's Son, Maine game warden Mike Bowditch's quest to find a missing woman leads him through a forest of lies in search of a killer who may have gotten away with murder once before.

Paul Doiron's The Poacher's Son is a sterling debut of literary suspense. Taut and engrossing, it represents the first in a series featuring Mike Bowditch.

Set in the wilds of Maine, this is an explosive tale of an estranged son thrust into the hunt for a murderous fugitive—his own father

Event Summary:
The eerie, windswept Hatchet Island off the coast of Maine becomes the site of a double murder and a disappearance in this thriller from bestselling author Paul Doiron.