"Peter Heller is the poet laureate of the literary thriller. --Michael Koryta, New York Times best-selling author of Those Who Wish Me Dead 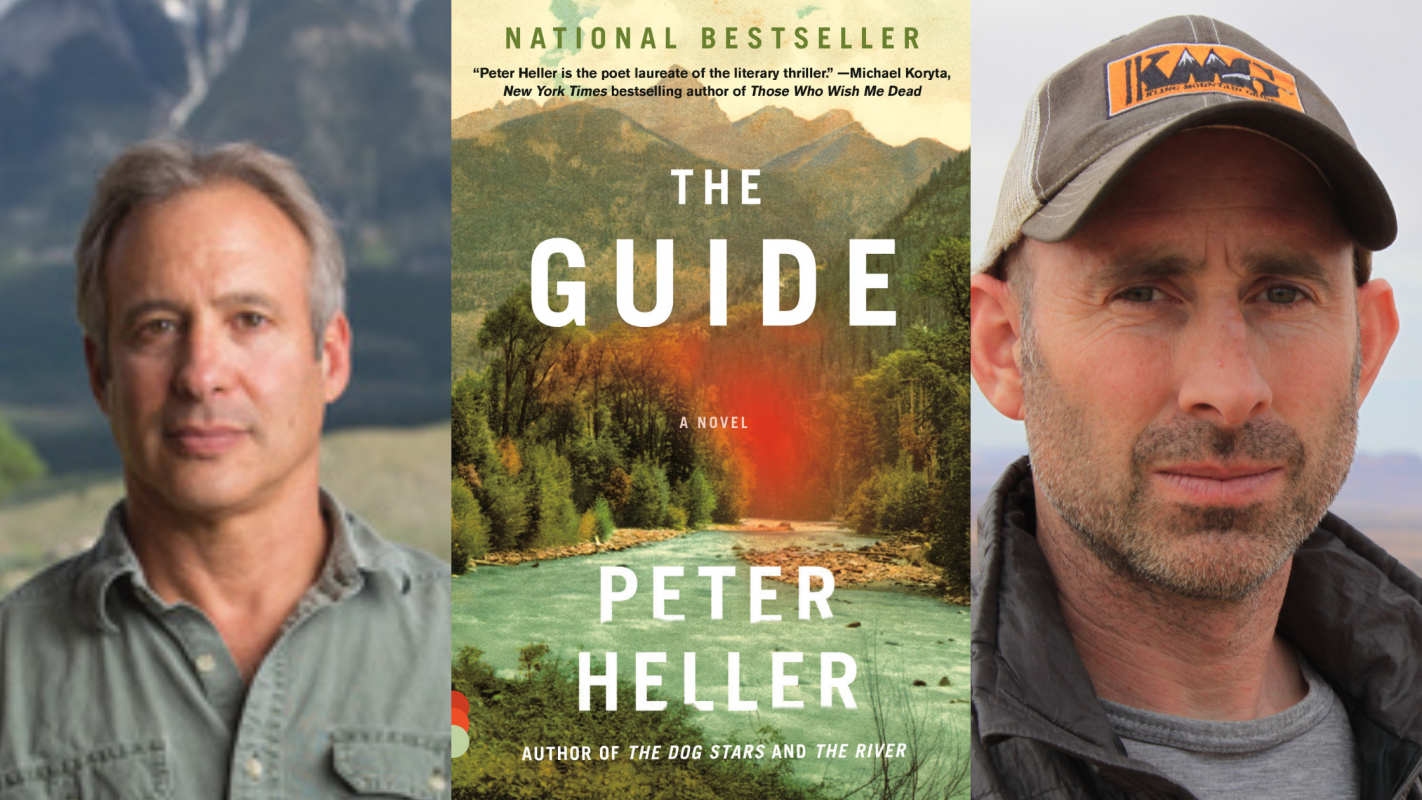 Kingfisher Lodge, nestled in a canyon on a mile and a half of the most pristine river water on the planet, is known by locals as Billionaire's Mile and is locked behind a heavy gate. Sandwiched between barbed wire and a meadow with a sign that reads Don't Get Shot! the resort boasts boutique fishing at its finest. Safe from viruses that have plagued America for years, Kingfisher offers a respite for wealthy clients. Now it also promises a second chance for Jack, a return to normalcy after a young life filled with loss. When he is assigned to guide a well-known singer, his only job is to rig her line, carry her gear, and steer her to the best trout he can find.

But then a human scream pierces the night, and Jack soon realizes that this idyllic fishing lodge may be merely a cover for a far more sinister operation. A novel as gripping as it is lyrical, as frightening as it is moving, The Guide is another masterpiece from Peter Heller.

Peter Heller is the national best-selling author of The River, Celine, The Painter, and The Dog Stars. The Painter was a finalist for the Los Angeles Times Book Prize and won the prestigious Reading the West Book Award, shared in the past by Western writers such as Cormac McCarthy and Terry Tempest Williams, and The Dog Stars, which was published to critical acclaim and lauded as a breakout bestseller, has been published in twenty-two languages to date. Heller is also the author of four nonfiction books, including Kook: What Surfing Taught Me About Love, Life, and Catching the Perfect Wave, which was awarded the National Outdoor Book Award for Literature. He holds an MFA from the Iowa Writers' Workshop in poetry and fiction and lives in Denver, Colorado.

Sean Prentiss is the award winning author of Finding Abbey: The Search for Edward Abbey and His Hidden Desert Grave, which won the 2015 National Outdoor Book Award, and Crosscut: Poems, a memoir-in-poems about his time as a trail builder in the Pacific Northwest. Sean is the co-editor of The Science of Story: The Brain Behind Creative Nonfiction and co-author of two textbooks, Environmental and Nature Writing: A Writer's Guide and Anthology and  Advanced Creative Nonfiction: A Writer's Guide and Anthology. He is also Backcountry Magazine's poet laureate.

The Guide: A novel (Paperback)

NATIONAL BESTSELLER • The best-selling author of The River returns with a heart-racing thriller about a young man who is hired by an elite fishing lodge in Colorado, where he uncovers a plot of shocking menace amid the natural beauty of sun-drenched streams and forests.

NATIONAL BESTSELLER • From the best-selling author of The Dog Stars comes the story of two college students on a wilderness canoe trip—a gripping tale of a friendship tested by fire, white water, and violence.

NATIONAL BESTSELLER • In this "end-of-the-world novel more like a rapturous beginning" (San Francisco Chronicle), Hig somehow survived the flu pandemic that killed everyone he knows. His gripping story is "an ode to friendship between two men...the strong bond between a human and a dog, and a reminder of what is worth living for" (Minneapolis Star-Tribune).

NATIONAL BESTSELLER • From the national bestselling author of The Dog Stars comes a "carefully composed story about one man’s downward turning life in the American West” (The Boston Globe).

Kook: What Surfing Taught Me About Love, Life, and Catching the Perfect Wave (Paperback)

With grit, poetry, and humor, Peter Heller, acclaimed author of The River and The Whale Warriors recounts his remarkable journey of discovery—of surfing, an entirely new challenge; of the ocean’s beauty and power; of the strange surf subculture; of love; and, most of all, of how to seek adventure while crafting a meaningful life.

Author of the New York Ti

Finding Abbey: The Search for Edward Abbey and His Hidden Desert Grave (Paperback)

When the great environmental writer Edward Abbey died in 1989, four of his friends buried him secretly in a hidden desert spot that no one would ever find. The final resting place of the Thoreau of the American West remains unknown and has become part of American folklore.

Event Summary:
The best-selling author of The River returns with a heart-racing thriller about a young man who is hired by an elite fishing lodge in Colorado, where he uncovers a plot of shocking menace amid the natural beauty of sun-drenched streams and forests.