Peter Orner, with Sara Lippman, Vievee Francis, and Liniers -- Still No Word From You -- OFFSITE at JAM!

This event is AT CAPACITY, but if you haven't already RSVP'd to attend in person, you can watch the livestream here!

Join us for an evening of prose, poetry, and music to celebrate the launch of Still No Word From You, the acclaimed new collection by Peter Orner! Orner will be joined by Sara Lippman, Vievee Francis, and Ricardo Siri (Liniers)!

A new collection of pieces on literature and life by the author of Am I Alone Here?, a finalist for the NBCC Award for Criticism 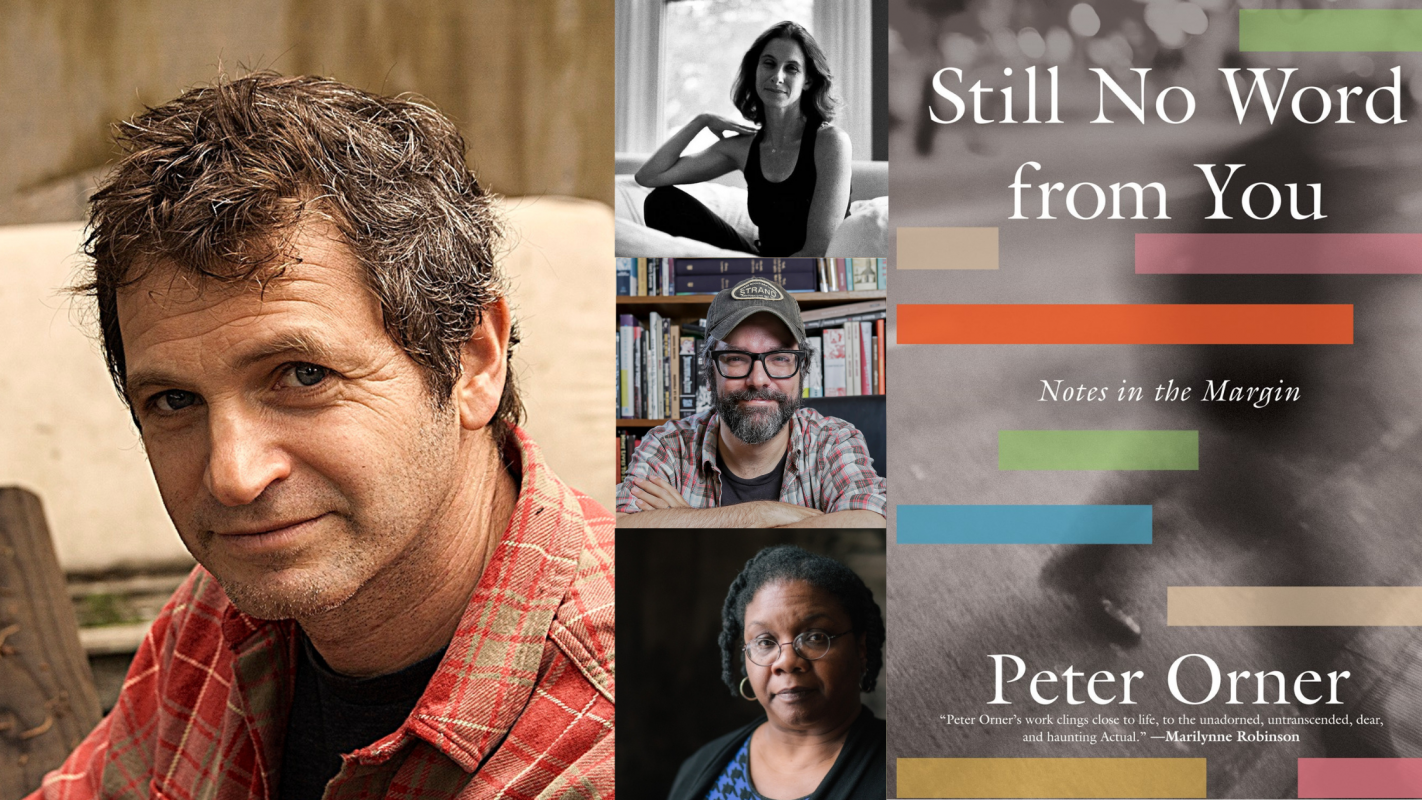 Stationed in the South Pacific during World War II, Seymour Orner wrote a letter every day to his wife, Lorraine. She seldom responded, leading him to plead in 1945, "Another day and still no word from you." Seventy years later, Peter Orner writes in response to his grandfather's plea: "Maybe we read because we seek that word from someone, from anyone."

From the acclaimed fiction writer about whom Dwight Garner of The New York Times wrote, "You know from the second you pick him up that he's the real deal," comes Still No Word from You, a unique chain of essays and intimate stories that meld the lived life and the reading life. For Orner, there is no separation. Covering such well-known writers as Lorraine Hansberry, Primo Levi, and Marilynne Robinson, as well as other greats like Maeve Brennan and James Alan McPherson, Orner's highly personal take on literature alternates with his own true stories of loss and love, hope and despair. In his mother's copy of A Coney Island of the Mind, he's stopped short by a single word in the margin, "YES!"--which leads him to conjure his mother at twenty-three. He stops reading Penelope Fitzgerald's The Beginning of Spring three quarters of the way through because he knows that finishing the novel will leave him bereft. Orner's solution is to start again from the beginning to slow the inevitable heartache.

Still No Word from You is a book for anyone for whom reading is as essential as breathing.

At this event, Peter Orner will be joined by Brooklyn-based short story writer Sara Lippmann, reading from her first novel, Lech (published fall 2022), illustrator and cartoonist Ricardo Siri, reading excerpts from his graphic novels, and Poet and Dartmouth Professor of Creative Writing Vievee Francis, reading selections from her work!

Peter Orner is the author of the novels The Second Coming of Mavala Shikongo and Love and Shame and Love and the story collections Esther Stories, Last Car Over the Sagamore Bridge, and Maggie Brown & Others. His previous collection of essays, Am I Alone Here?: Notes on Living to Read and Reading to Live, was a finalist for the National Book Critics Circle Award for Criticism. A three-time recipient of the Pushcart Prize, Orner's work has appeared in The Best American Short Stories, The New York Times, The New Yorker, The Atlantic, The Paris Review, Granta, McSweeney's, and has been translated into eight ­languages. He has been awarded the Rome Prize from the American Academy of Arts and Letters, a Guggenheim Fellowship, a two-year Lannan Foundation Literary Fellowship, the California Book Award for fiction, the Edward Lewis Wallant Award for Jewish fiction, as well as a Fulbright in Namibia. He is the director of creative writing at Dartmouth College and lives with his family in Norwich, Vermont.

Still No Word from You: Notes in the Margin (Hardcover)

A new collection of pieces on literature and life by the author of Am I Alone Here?, a finalist for the NBCC Award for Criticism

Am I Alone Here?: Notes on Living to Read and Reading to Live (Paperback)

This National Book Critics Circle Award is “an entrancing attempt to catch what falls between: the irreducibly personal, messy, even embarrassing ways reading and living bleed into each other, which neither literary criticism nor autobiography ever quite acknowledges" (The New York Times).

In this powerful and virtuosic collection of interlocking stories, each one "a marvel of concision and compassion" (Washington Post), a National Book Critics Circle Award finalist and "master of his form" (New York Times) takes the short story to new heights. Through forty-four compressed gems, Peter Orner, a writer who "doesn't simply bring h

Peter Orner zeroes in on the strange ways our memories define us: A woman's husband dies before their divorce is finalized; a man runs for governor of Illinois and loses much more than an election; two brothers play beneath the infamous bridge at Chappaquiddick.

The discovery of a murdered man in a bathrobe by the side of a road, the destruction of a town's historic City Hall building, and the recollection of a cruel wartime decision are equally affecting in Orner's vivid and intimate gaze.

The Second Coming of Mavala Shikongo: A Novel (Paperback)

Set in Namibia just after independence in the early 1990s, Peter Orner's first novel is a chronicle of the long days, short loves, and cold nights at Goas, an all-boys Catholic primary school so deep in the veld that "even the baboons feel sorry for us."

Event Summary:
Join us for an evening of prose and poetry to celebrate the launch of Still No Word From You, the acclaimed new collection by Peter Orner!